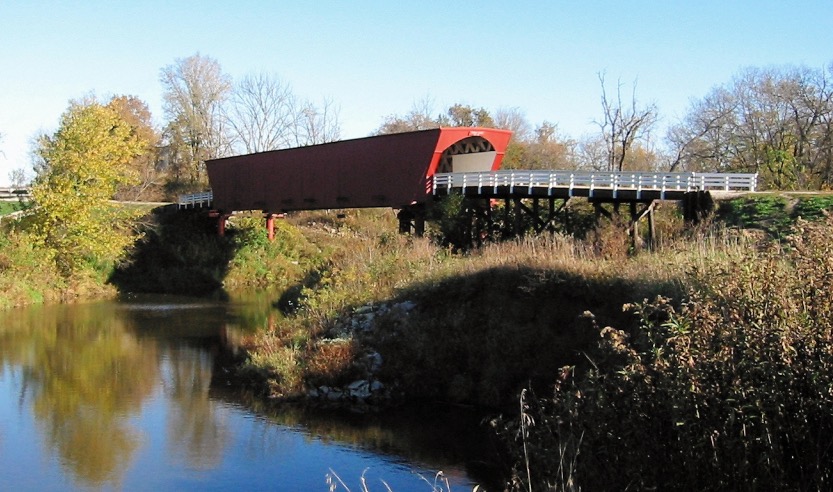 Built in 1883 by Harvey P. Jones and George K. Foster, Roseman is 107 feet in length and sits in its original location. It was renovated in 1992 at a cost of $152,515. In Robert James Waller’s novel, The Bridges of Madison County, and the movie of the same name, Roseman is the bridge Robert Kincaid seeks when he stops at Francesca Johnson’s home for directions. It is also where Francesca leaves her note inviting him to dinner.

Also known as the “haunted” bridge, Roseman is where two sheriff’s posses trapped a county jail escapee in 1892. It is said the man rose up straight through the roof of the bridge, uttering a wild cry, and disappeared. He was never found, and it was decided that anyone capable of such a feat must be innocent.