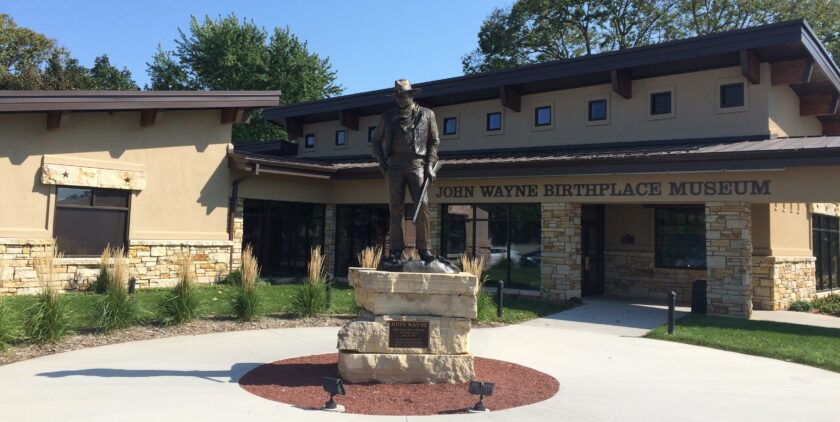 Since the John Wayne Birthplace Society was established in 1982, more than a million visitors have journeyed to historic Madison County to tour the birthplace home. Guests have included President Ronald Reagan, movie legend Maureen O’Hara, Wayne’s widow and all of his children, and fans from 50 states and 40 foreign countries.

With the opening of the 6,100 square foot John Wayne Birthplace Museum adjacent to the home, visitors now have the opportunity to see the largest diversified exhibit of John Wayne artifacts in existence, including original movie posters, film wardrobe, scripts, contracts, letters, artwork and sculpture, and even one of his last customized automobiles.