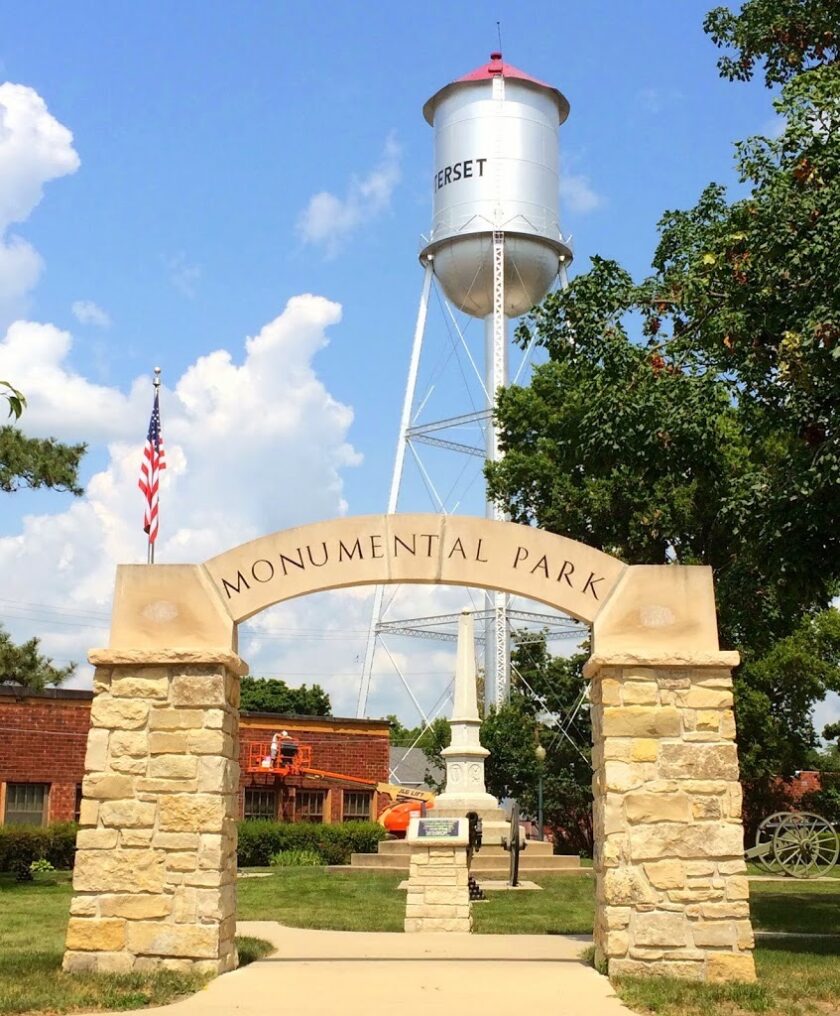 This monument, dedicated on October 17, 1867, was one of the earliest Civil War monuments erected in Iowa. It is a 14 foot marble monument on a 5 foot limestone base. There are inscriptions on the four sides. The cannons, included in 1878, are six-pounder bronze field guns, M1841, painted black. Two were made at Ames Manufacturing Co. – one in 1855 and one in 1861. Another was cast at Cyrus Alger & Co. in 1861. The fourth is from William D. Marshall & Co., cast in 1862. The cannons and carriages are in excellent condition. Monumental Park is one block east of the Town Square in Winterset on Court Ave.

Recently, several very nice enhancements have been made including the new entrance, concrete foundations for the cannons and the cannonball stack for each cannon.